This morning we’ll travel to the village of Güzelyurt and meet with the local mosque’s Imam (counterpart to a minister or rabbi), with an opportunity to ask questions about the Muslim faith and the separation of mosque and state in Turkey. After lunch we’ll hit the road and, like Silk Road travelers hundreds of years ago, stop to admire the intricate carvings of a medieval caravanserai (unlimited camel parking). Today’s destination is conservative Konya, famous as the 13th-century home of Mevlâna Rumi. We’ll tour the poetry-filled Mevlâna Museum, also the site of the mystical philosopher’s tomb, a Muslim holy place, before setting you free for dinner on your own. Sleep in Konya (1 night). Bus: 5 hrs. Walking: moderate. 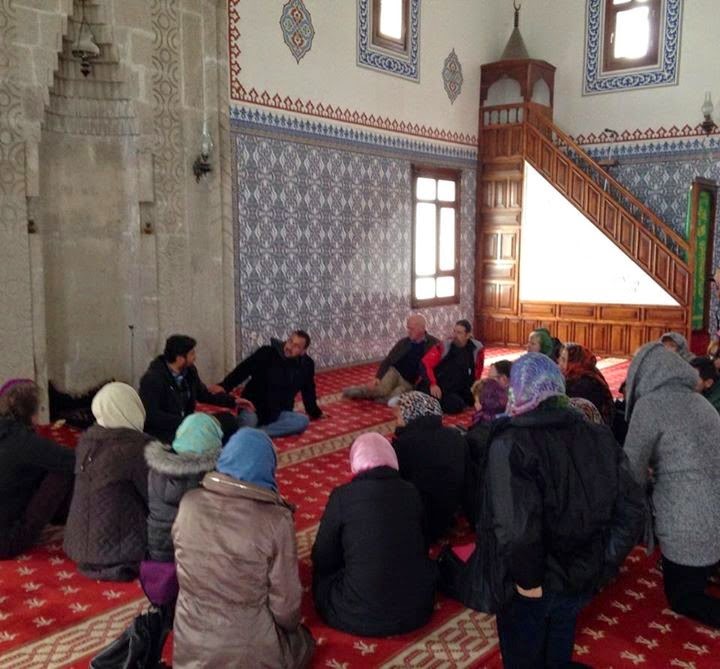 Photo
by Jamie Blair Gould.
Below
texts were written by Jamie Blair Gould.
After an evening buffet accompanied by Cappadocian wine, Mert’s chosen Raki and Colin’s excellent highland malt, the morning started slowly! The stop at country Mosque was the right spiritual move! The Imman, Emir, was not the bearded, cloaked sage the West so readily imagines but a handsome young man in a leather jacket with cell phone in hand. Much more the in the image of the young married Vicar the Church of England is trying to recruit today – compassionate and in touch. 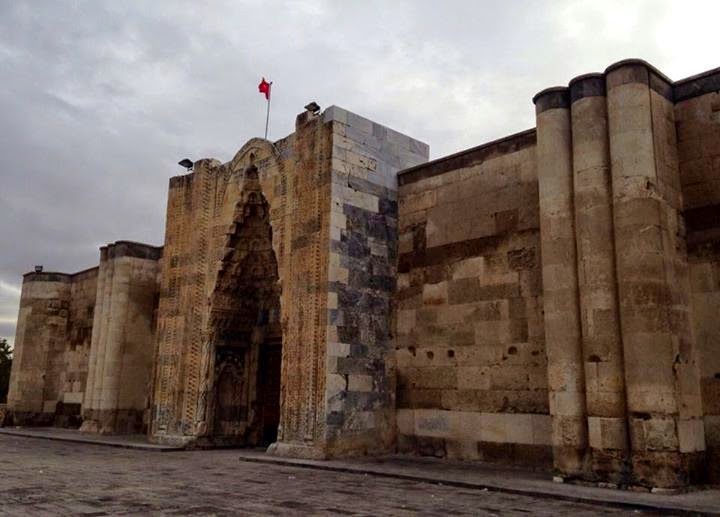 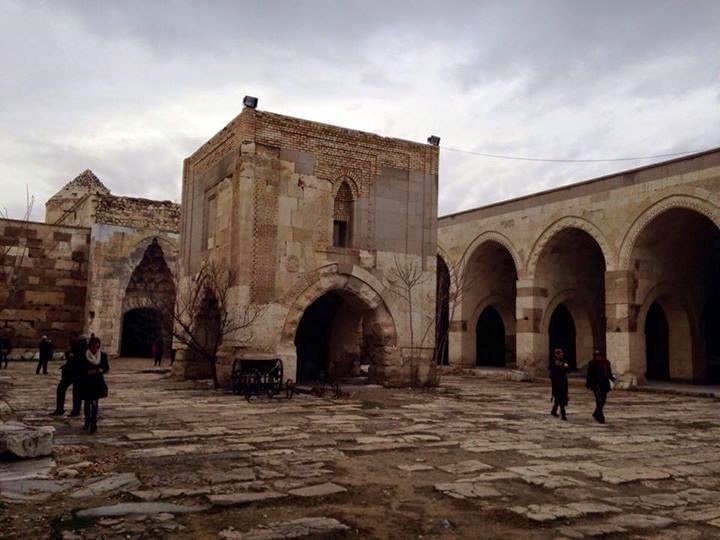 Photos
and text by Jamie Blair Gould. Our next stop thrilled me. After years
of reading of the fabled ‘spice road’ and guiding at the Rialto In Venice I
was surprised to find an existing Caravanserai – resting station and in
good nick! Dating from 1229 it actually housed the great Marco Polo on one
of his legendary travels!

Photo
by Jamie Blair Gould. Our overnight stop in the conservative town of Konya
from the Greek ‘Iconia’ deriving from Icons was the home of Mevlana Rumi – he
of the Whirling Dervishes. This philosophy, we learned, has been
recognised as an influential sect of Islam but the poets message was open
to all – a spiritual way. We toured the Court House where he presided as Judge,
and where the first whirling took place. It is now his Mausoleum and a
section adapted as a Mosque – a major shrine for Islam for the great
‘inclusive’ poet.
Watch Rick Steves video of
Western Turkey released in fall 2014 for more insight into Rumi and Whirlling
Dervishes:
http://www.ricksteves.com/watch-read-listen/video/tv-show/season-8/western-turkey
Lale Sürmen Aran's Travel Site © 2015. All rights reserved.
Blog Desing By Perim Öktem
Lale Sürmen Aran's Travel Site © 2015.