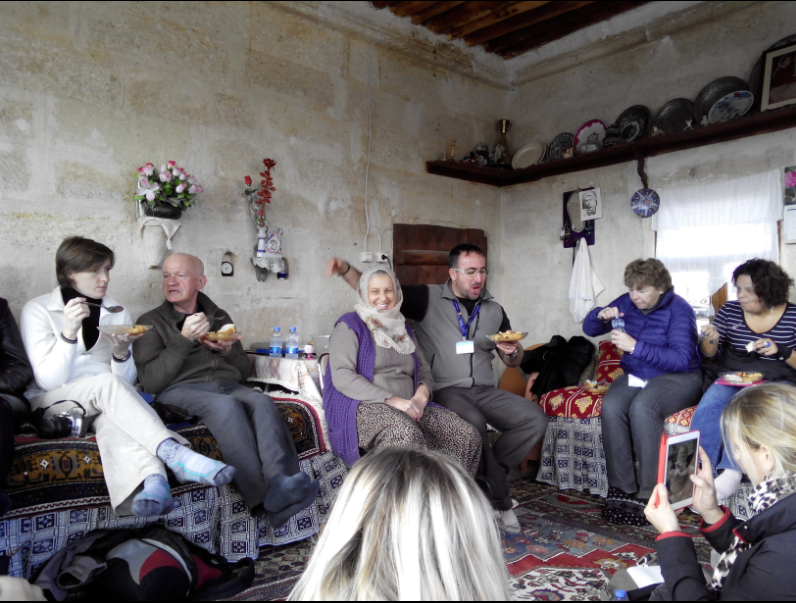 Official plan of the day: Surrounded by Cappadocia’s other-worldly “fairy chimney” rock formations, we’ll begin our day with a walking tour of our village of Mustafapaşa, followed by a drive to the nearby Göreme Open-Air Museum where, in Byzantine times, cave-like churches and monasteries were carved in the cliffs. Some astonishing 1,000-year-old frescoes still remain. This afternoon we’ll be treated to a home-prepared, Cappadocian-style lunch, and learn about the centuries-old tradition and artistry of Turkish carpet weaving. We’ll have dinner together back in Mustafapaşa tonight. 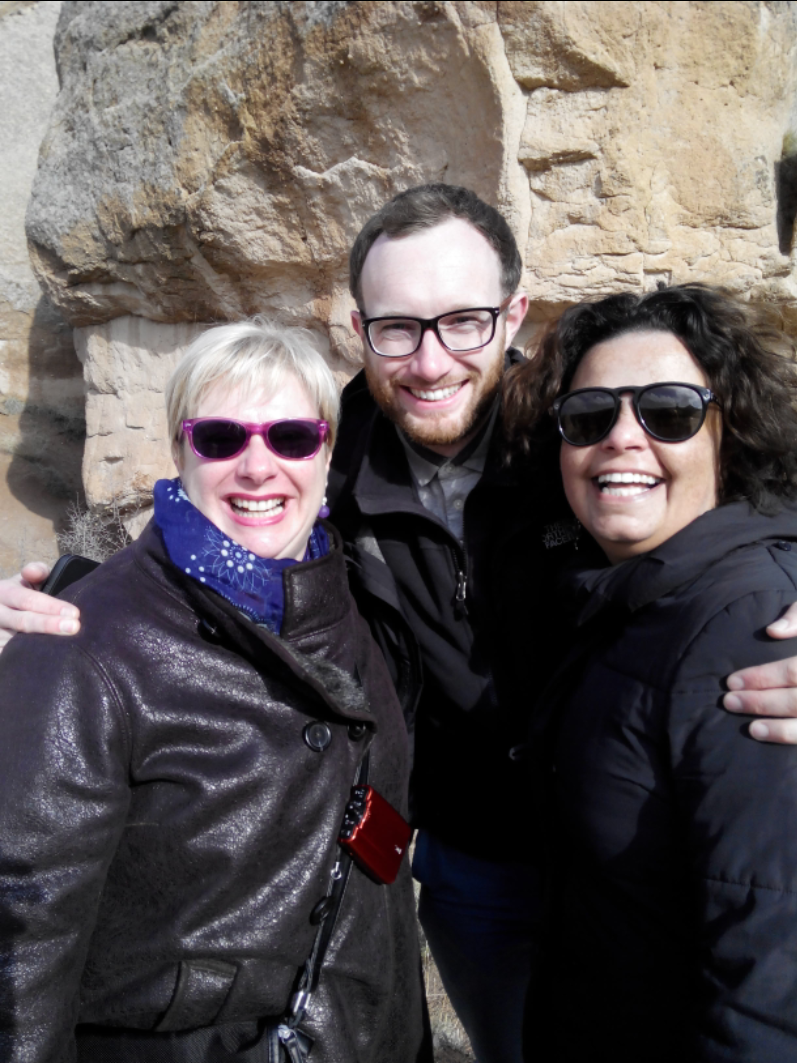 After five days here, Turkey has begun to reveal itself as a very modern society with an ancient soul.  This trip has ignited a reflection on our own countries and our place in history.  We all guide in Spain and Italy but coming here and particularly after visiting the Anatolian Civilizations Museum in Ankara we have a much broader perspective on our shared history.
The impressions we’ve formed are of a country still full of contradictions where you can learn about Hittite civilization while sipping a latte at a Starbuck’s-like coffee shop.  Despite our linguistic inadequacies we’ve felt welcomed and at ease and are looking forward to making more discoveries. 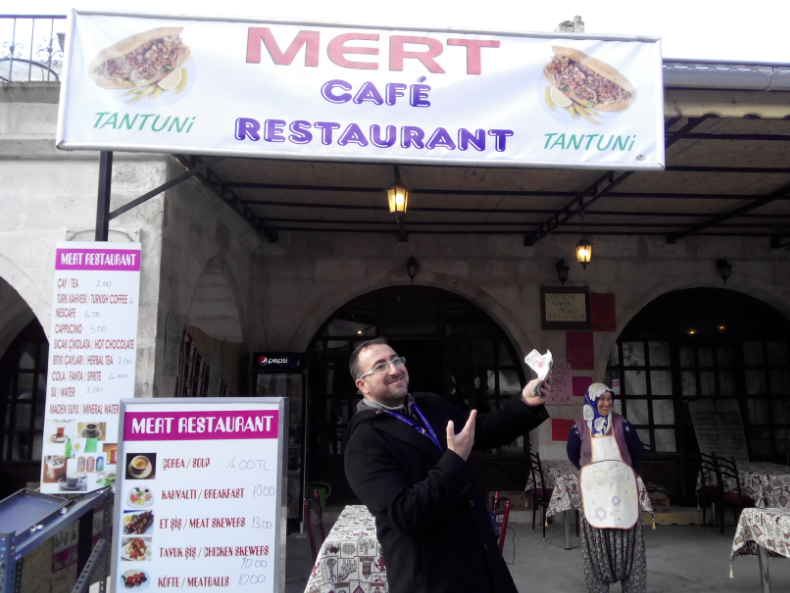 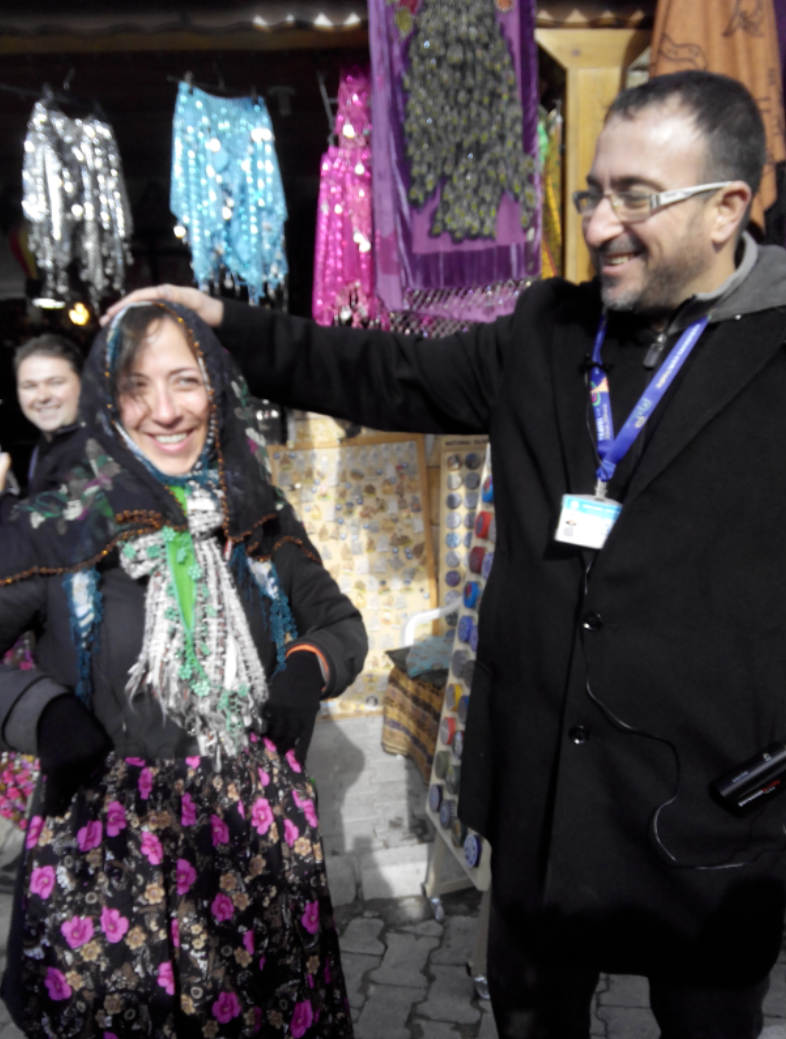