Impressions of Rick Steves guides of their trip in Turkey

I was anxiously waiting to hear back from my colleagues about their impressions of Turkey. Small businesses such as ours thrive on the word of mouth as we don’t advertise. Because of this, traveler feedback is very important to us, especially if the are from our experienced colleagues.

Below are the feedback from my colleagues.
Thank you for reading. If you like this article and want to read my future posts, please “like” this page and “share” it.
My coming up posts will be about transportation and Christmas in Istanbul.
Happy Travels,
Lale


Impressions of a Scotsman in Turkey, by Colin Mairs 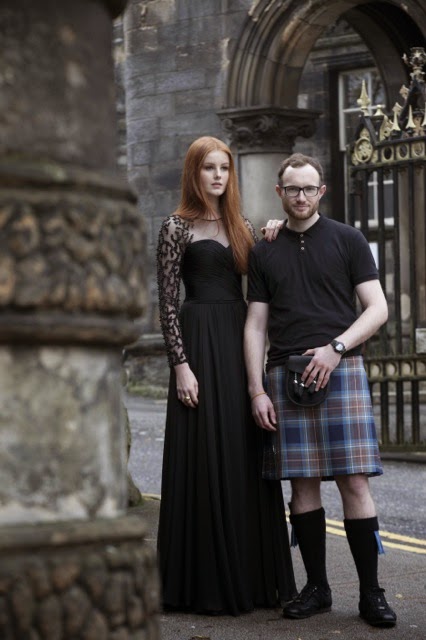 About Colin:
Colin Mairs guides Rick Steves Best of Scotland tour.
A native of Glasgow he is a licensed Blue Badge Guide and also conducts his own tours throughout Scotland in a variety of languages: English, French, Portuguese and Spanish.
Colin’s Facebook page is www.facebook.com/excursionscotland and his website is www.excursionscotland.com
I had previously visited Turkey in 2010 for a 2 week holiday. I can easily remember the year because I had to have my passport hurriedly renewed before going. Turkish rules state that the visitor’s passport should be valid for a minimum period of 6 months from the date of entry into Turkey and have at least 3 months validity from the date you leave Turkey; mine would have been short by a couple of weeks. On that occasion however I just visited the beach resort of Ölüdeniz. My memories are of the great food, paragliding and enjoying the beach and the sea. This trip provided a much greater foray into Turkish culture and history.One thing I was really looking forward to before coming was finding out more about Islam in Turkey. I was very impressed with the secular approach; keeping state and religion separate. We learned that, although 99 percent of the over 70 million people in Turkey are Muslim, the constitution explicitly states that religious groups cannot become involved in the political process (by forming a religious party for instance) and no party can claim that it represents a form of religious belief. Despite this, religious sensibilities are generally represented through conservative parties.
Our discussions with an Imam in a mosque answered many if the questions we had about Islam and, to my mind, showed it to be not that different to any other monotheistic religion. Aside from the (légère) obligation to pray 5 times a day and fasting during the holy month of Ramadan, Islam, as explained to us by Imam Emir anyway, is about being a good person, serving God/Allah and helping fellow human beings. Most Turkish people are happy to keep the separation of state and religion, not least because this was an important part of Atatürk’s (the father of the Turks) Reforms at the foundation of modern Turkey.

One of the biggest highlights for me on the trip was the food. My favourite meals were at Meze by Lemon Tree in Istanbul (twice) and Şef (pronounced like the English word “Chef”) in Kuşadası. In Lemon Tree chef Gençay was extremely hospitable in this classy yet informal setting. From an array of mezes my favourite was the octopus, which was the most tender and perfectly cooked I have ever tried. In Şef the highlight, and first for most of us who enjoyed that meal, was the main course of barracuda. Let alone the excitement of eating the ‘Tiger of the Sea’, it was a very tasty dish with a taste and texture like a meaty piece of tuna.

The people of Turkey were extremely warm and hospitable. Everywhere we went we were greeted with smiles and a friendly “Mehaba!”. Oftentimes it was hard to tell, however, when this was genuine friendliness or when it was just someone wanting to sell you something. And in Turkey it seems that almost everyone is a salesman or woman.

I concluded that people in Turkey are in equal measures friendly by nature and enterprising by nature. The two things go hand in hand, and that’s not a bad thing. My overall impressions at the end of these 2 weeks was of a welcoming land which is safe to travel in, with food, museums, culture and history to rival any of the most popularly visited countries of Europe. 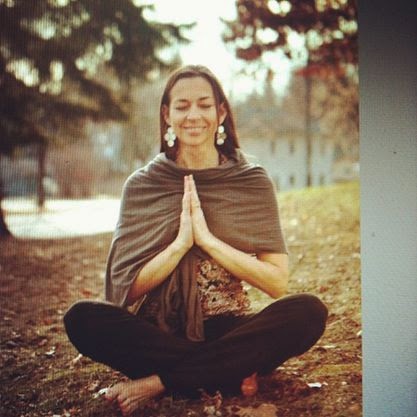 Chris leads France tours for Rick Steves and she is a master yogi. She has two yoga sutdios in MN. Travel and yoga are Chris’s passions and sometimes she organizes yoga tours to France.
Chris’s web site is: www.yogahus.com and her Facebook page you can follow announcements and updates is: www.facebook.com/chris.coleman.716970?fref=ts

Turkey impressionsBefore leaving home (which is in the USA) for this trip to Turkey, some family members expressed concern for my safety.  There had been an incident just a few weeks prior to my departure involving American Navy personnel being attacked by protestors in Turkey.  The attack involved launching verbal insults and balloons filled with red paint as well as protestors trying to put bags over the Americans’ heads.  I told my family that this was an isolated incident and that I would be fine.  I was excited to learn more about this intriguing country in the cross roads of Europe and Asia and I know that what we are fed by the media are the dramatic events that don’t tell the whole story of the place.  What I learned about the incident was that the protestors were a small group of college students that were upset by mistreatment of Turkish soldiers in Iraq by American forces that mistook them for insurgents and put bags over their heads.  The Americans apologized to the Turks for this treatment but this particular group is still upset and staged an aggressive protest that got into the international news.  Mert did a excellent job explaining the complicated relationships with neighboring countries, history, education/literacy and economics with regard to Turkey.

I arrived a bit late on the first day and made it just in time to take a taxi from the airport to the hotel and then go to dinner with my fabulous tour guide colleagues.  I love to chat with taxi drivers when I’m traveling and in this situation we couldn’t communicate well in English or French.  So it was a very quiet ride which gave me time to reflect on how many of my tour members must feel while in France with regard to the language.  There were many situations of this very kind that happened throughout the tour in Turkey and I felt it was a great teaching moment for me to be reminded of how my tour members must often feel in France, my second home.

The time that I have spent with colleagues during this tour has been invaluable.  We rarely have such time to exchange ideas, debate and learn from each other as we have had during this time together.    We had the Brits talk about the Scottish question and the referendum earlier this year and the Spaniards also got up and talked about Catalunya and their talk of independence.  The themes of nationalism, extremism and independence were interesting topics of subsequent discussions- as well as making historical connections between the amazing history and sites we visited in Turkey to the countries and places in which we guide.

Rambling reflections: Turkish flags displayed everywhere, conservatism, modernity, male dominance, mysterious underworld, simplicity and complexity.  Call to prayer, women in head scarves and harem pants, better and cleaner toilets than in France, weak coffee, good tea, fantastic salep, sweet apple tea, yucky-too-sweet-for-me helva, yummy vegetables, fresh OJ and pomegranate juice everywhere, good food, simple and bad wine, great beer, and very friendly Turks.  Ancient history and ruins galore, fantastic museums and archeological sites.  What a dream.  Amazed at the number of military bases we passed.  Interesting how men seem to dominate the service industry and most businesses – except at the hamam, where it was great to see women run the show.   The insistent call to prayer and in small town Turkey the announced prayer in the marketplace where everyone stops in their tracks and opens their palms to the sky to offer a prayer was impressive.  Hovering and barking sales people at rest stops and stores got a bit annoying at times.  Cats and evil eyes everywhere – cats well fed and cared for thanks to Rumi.   Not the same story for stray dogs.   An amazing place Turkey, I can’t wait to return.

An Italian in Turkey. Susanna Perruccchini’s Impressions of the Best of Turkey tour and Turkey.
Susanna is an Italian living in Madrid. She leads Italy and Spain tours for Rick Steves. 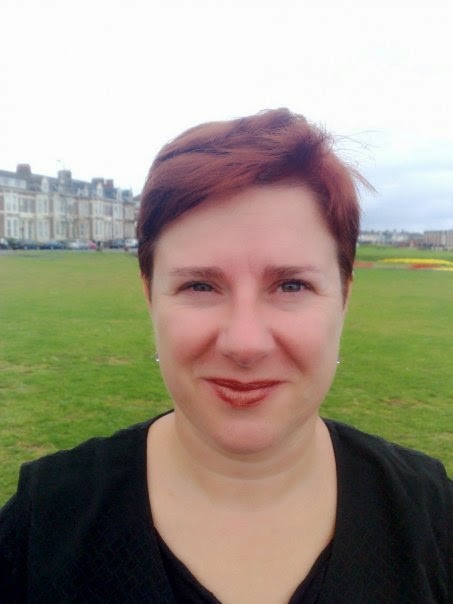 Hello Lale,Now that the tour is over, I want to thank you for all you  have done for us, professionally
and personally , opening your home to us , having the priviledge of meeting your
wonderful children.

I genuinely enjoyed and liked Turkey , a country of big contrasts , geographically and socially (the traditional and the modern).
As a woman, I particularly enjoyed chatting with Mine and Yaren (women lead guides in Turkey for Rick Steves), but also with 3 generations of Turkish women in Cappadocia during that special  lunch cooked by them (through Mert transalating our questions and their answers).
Turkey is an ancient land, has an ancient soul but, in many ways, a very modern ‘look’. Istanbul is a cosmopolitan place where you can find the new, the old, the ancient,
the super contemporary and much more.
But then, in Cappadocia I felt in another world and to be honest I loved both.
One of the best and most meaningful experiences of the tour has been having a tea in a local place in the little village of Korkuteli.
The warmth of the people , their welcoming smiles and generosity are memories that I will never forget and that I will treasure forever.
It seems that Turkey is a country of great potential, huge spaces, resources and heading to a bright future. It seems that it is evolving rapidly into a strong, global powerful nation.
It was fascinating for me to be in a Muslim country, to know more about this religion and also to break some cliche’s and establish a better understanding of it.
As a woman, I always felt safe and welcome and I only wish I had more chances to talk to local people and especially women about their past and especially what they think about their futures.
I will return to Turkey with my daughter and possibly with my mom (I want to do the Hot Air Baloon in Cappadocia) and I don’t think  I need an organized tour – this tour helped me to have an overview of several places and decide which ones I want to visit again. Cappadocia is one of those and, of course, Istanbul!

I don’t have enough words to express my deep feelings of gratitude, affection and appreciation for Mert, our guide ‘EXTRAORDINAIRE’, who was so bold to accept this exceptional task . Grazie, Mert!

A special ‘thanks’ for Rafet, this legendary driver, who made us feel safe and welcome on his bus.

I would like to finish mentioning the amazing archaeological sites ( Aphrodisias and Ephesos just to mention the best known ), the splendid Museums (really World class – my favorite : the one in Ankara and in Antalya) and the food, always good, fresh and tasty!!

My final line comes from Mustafa Kemal Ataturk, ‘Peace at home, Peace in the world’